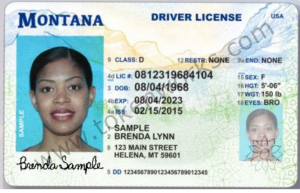 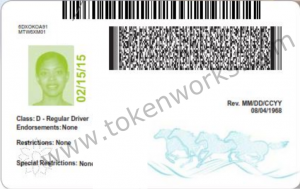 As a direct result of a 2015 $3.7 million Montana legislative appropriation, the Montana Motor Vehicle Division has revealed and begun issuing a newly designed driver’s license and identification card that boast abundant security features and improved durability. The fee for these new driver’s licenses is $40.50, and the document is valid for eight years (identification cards are available for $16, and are also valid for eight years).

The new documents should prove to be more robust than the old version because of a change in the lamination process and seal used. Because of these changes, the card itself will feel thinner. The design of the new cards also carefully considered the security of citizens’ private information and ways to deter illegal replication or identity theft. Perhaps the most obvious change is the background graphic, with its fine-line detail, based on a photograph of Glacier National Park. Other security features include:

• Ultraviolet sensitive ink used in the background for authentication
• Ghosted second image on lower right hand side
• Ultraviolet sensitive ghosted image and issue date on back of card
• Laser perforation of Montana’s state flower, Bitterroot, embedded into card, which appears when held up to light
• Variable data is printed in ultraviolet sensitive ink
• 2D barcode protects customer’s information
• Redundant data: Birth date also appears on back of document to deter fraud
• Under 21 licenses have a vertical orientation
• Laminate contains an optically variable pattern that includes ponderosa pine trees, the word “Montana”, and the Montana state bird 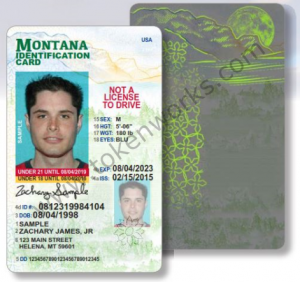 Given all these updates, Montana Attorney General Tim Fox stated, “The Montana Department of Justice’s Motor Vehicle Division is always looking for new ways to enhance the security of our driver license and protect the privacy of citizens’ information. The redesigned license does all of those things.” Temporary documents issued while citizens wait for the permanent version to arrive in the mail were also given an updated design and will be printed on ultraviolet sensitive paper.

Starting in January 2016, the new cards were available in select Motor Vehicle Division offices, and should be available at all locations and exam stations by the end of February 2016. Current licenses and identification cards remain valid until expiration and drivers don’t need to apply for the updated cards unless their personal information changes.