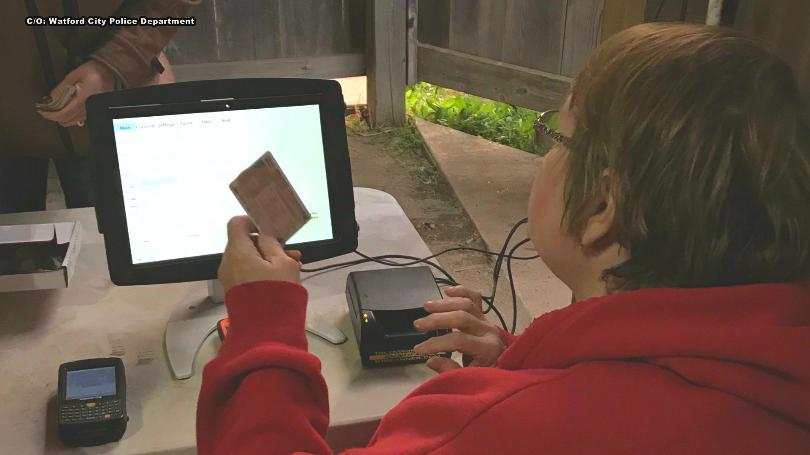 WATFORD CITY, N.D. – People in Watford City attempting to use a fake or borrowed ID might choose to think twice. Businesses in the area are using a new tool, and have caught a lot of fake and borrowed ID’s within the last several weeks.

The Watford City Police Department teamed up with the North Dakota Department of Health to test the IDentiFake by TokenWorks.

After scanning twelve hundred ID’s, one fake and four to five borrowed ID’s were caught at the fair in Watford City. A server from CashWise Liquor confiscated a stolen ID from an underage person, and City Bar also caught multiple fake ID’s using the system.