On September 9, 2013, the Hawaii Department of Transportation (HDOT) received notification from the Department of Homeland Security (DHS) that the State was determined to be fully compliant with the REAL ID Act of 2005 and that Federal agencies would continue to accept driver’s licenses and identification cards issued by Hawaii for official Federal purposes such as boarding commercial airlines and accessing Federal facilities.

Originally, DHS decided that states did not have to put the “star in a gold circle” marking on their compliant driver’s license and identification cards as long as those states followed the marking requirements for non-compliant credentials. DHS approved Hawaii’s “marked” non-complaint credential which is a different color and clearly marked “NOT ACCEPTABLE FOR OFFICIAL FEDERAL PURPOSES.” Recently, DHS changed this policy to provide Federal agencies an easier means of recognizing REAL ID compliant credentials.

Therefore, beginning January 16, 2018, applicants for the REAL ID compliant driver’s licenses or State identification cards will be required to select on their application form which credential (i.e., a driver’s license or state identification card) will be marked with a “star in a gold circle.” Federal and State law allows a person to have only one REAL ID compliant credential. 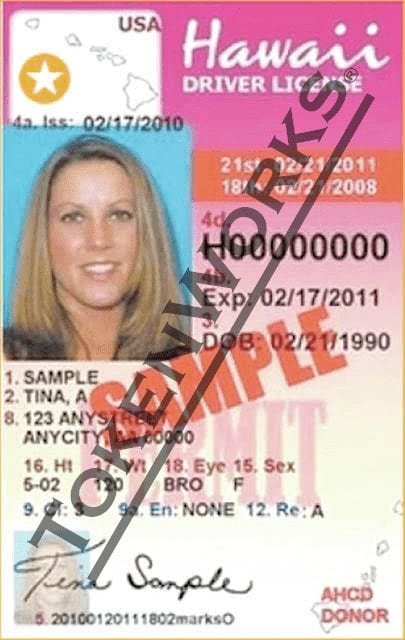