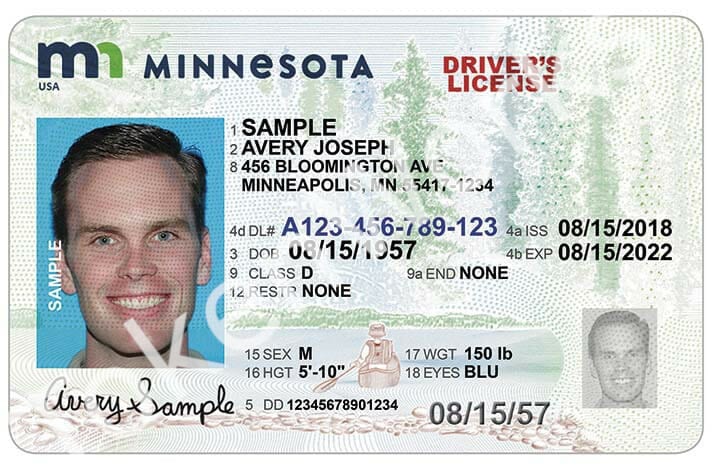 The Driver and Vehicle Services (DVS) division of the The Minnesota Department of Public Safety will begin issuing the redesigned driver’s license and ID cards on August 6, 2018.  Among the many new design features  is that people under 21 years of age will now receive a vertical oriented card, a trend which most states have now adopted.  The vertical cards indicate UNDER 18 UNTIL or UNDER 21 UNTIL along with the date the cardholder turns 18 or 21 under their photo. The new driver’s license and ID card design include State of Minnesota brand colors, state specific background images and several new security features that make the cards more difficult to forge.  The new security features include a ghost image of the cardholder’s photo, multi-colored intricate printing background and the embedded image of a walleye, which can be seen by holding the card in front of a light source.

In October 2018 Minnesota residents will have a third option to choose from.  That is when the state will begin accepting applications for the Department of Homeland Security’s mandated REAL ID driver’s license and ID card. The REAL ID compliant cards will be required by TSA for domestic air travel beginning in October 2020.  REAL ID driver’s licenses and ID cards will be distinguished by a gold star in the upper right corner.