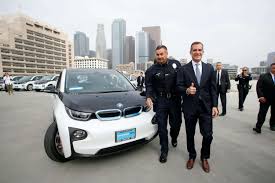 According to ABC News, a Baltimore man could have driven away in a $135,000 BMW 750 if not for a savvy car dealership employee who detected a pile of fraudulent documents, court records detail.

Deonte Dickens, 33, of Baltimore, is charged with seven criminal counts in the felony case, including attempted theft valued at more than $100,000. It’s an alleged crime that could send Dickens to prison for up to 88 years.

The dealership’s sales director promptly called 911. As patrol units pulled up, Dickens was seen walking away from the building. He stopped to speak with officers and was quite candid.

Identification fraud, using inaccurate or fraudulent identification documents such as fake IDs being used at Auto Dealers, is common in the automotive industry. That’s why we urgently recommend considering a system to allow you to check the validity of personal documents presented to an auto-dealership, such as our TokenWorks IdentiFake system, available at IDScanner.com. With features including the ability to check over 60 different document models, including blue light, white light, holographic accuracy, and other forensic checks ensure that operators can be confident in the quality and accuracy of identification documents they receive to make business decisions.

This is another link PDF