The Rhode Island Division of Motor Vehicles has announced that it has begun issuing driver’s licenses and ID cards that feature a new background and other security features at its Cranston and Woonsocket DMV locations, as of Tuesday, July 19, 2016. This is the first Rhode Island license design update since 2003. 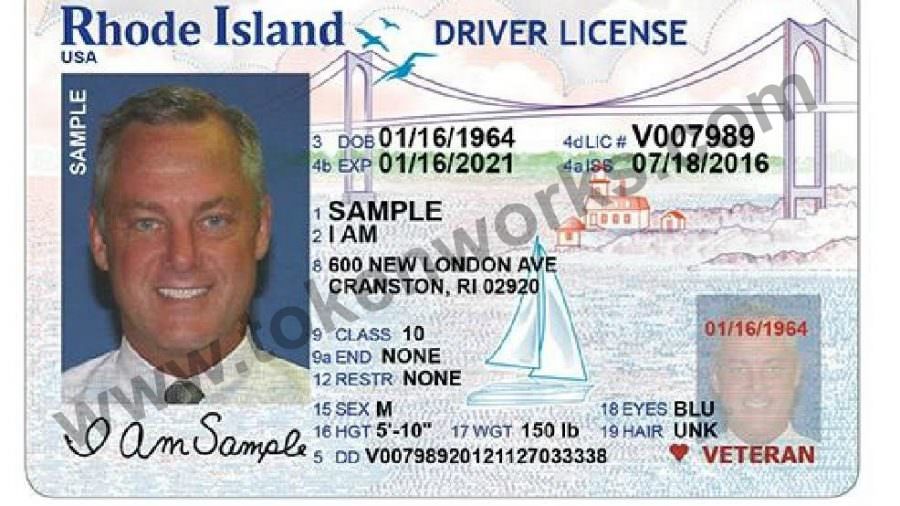 By mid-August, all Rhode Island DMV branches, including AAA and online license renewals will feature the new license and ID card style on all Rhode Island driver’s licenses (both commercial and regular operator) and state identification cards.

Like the recently updated Massachusetts ID cards and licenses, all existing active Rhode Island licenses will remain valid until they expire, at which time they will be replaced with the new design. No further action needs to be taken by Rhode Island residents in order to transition to the new design, and license fees will not change.

Visually, the new licenses and ID cards will feature the Claiborne Pell Newport Bridge in the background.

In addition to the roll-out of the new licenses, the Rhode Island DMV will also implement “the installation of cameras at work stations at DMV and AAA offices around the state,” by the end of summer, a recent press release stated. “The cameras are part of a streamlined process that will be introduced with the new cards. Instead of having to go to two work stations to complete their transactions, all work can be done at one station.”