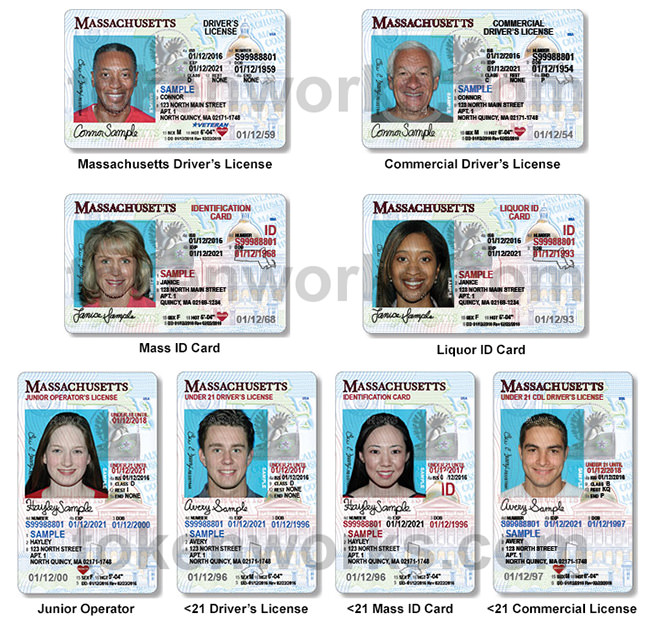 Security features in the Massachusetts ID and driver’s license design, including federally-required REAL ID features (which all MA IDs will contain by 2020, the future deadline for individuals to board a plane or enter a federal building) include:

The Massachusetts RMV is remaining tight-lipped about other security features in order to prevent fraud.

Visually, the new card design features nods to Massachusetts’ Colonial history, including depictions of the State House Golden Dome, the Civil War Memorial to the Massachusetts 54th Regiment, the state bird (chickadee) and flower (the Mayflower).