Say Goodbye to Color Photos on Your Wisconsin Driver’s License

September 2015 – Wisconsin has updated its design of driver’s licenses and identification (ID) cards, and gone are the traditional printed color photos of the early-2000s. A high-resolution black-and-white laser engraved picture of the identification holder is the most conspicuous design change to the official document, although a number of other, more subtle changes are also included. 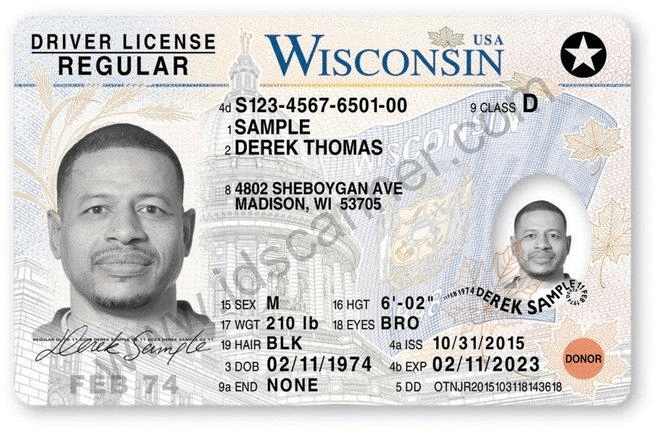 The Division of Motor Vehicles (DMV) began distribution of the innovative, secure design earlier this month, and all of the state’s ninety DMV offices should be equipped to issue the documents by November 1, 2015. There will be no change to the fee charged for obtaining a driver’s license ($35), and all current licenses and ID cards will remain valid until they expire. There are currently two other older versions of legal Wisconsin driver’s licenses and ID cards in circulation, and because each has an eight year term, they will not be phased out completely until 2023.

Catch a video about the new design here: